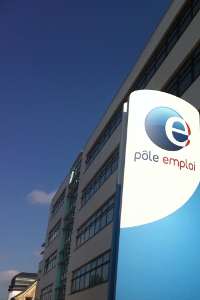 In mid-2013, the nature of the work of employment centre advisers in various support roles underwent a double change, in that both the size and the composition of the portfolios of job-seekers on their case-books were altered.

The change to reinforced supervision led to advisers being responsible for fewer job-seekers, but for people with greater difficulty finding employment. Among people who have only recently stopped working and registered as job-seekers, the combined effect of this double change on the job placement rate is negative (compared with the rate among job centre advisers who have charge of a greater number of job-seekers who are more likely to find a job on their own). But the effect is positive when the job-seekers have been registered as unemployed for at least one year. We cannot know the extent to which these results are due to the “size effect” or the “composition effect”, because the latter are drawn in part from unobservable variables.

The advisers charged with the more intensive supervision are most often those who have been in the position the longest. However, there is no indication that these advisers have a comparative advantage in this kind of supervision, insofar as their rates of job placement are affected in the same way by the shift to reinforced supervision as those of their less experienced colleagues in employment centres.