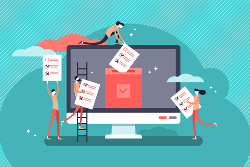 Platforms such as Twitter and Facebook are widely considered important, if controversial, channels for candidates and parties around the world to communicate with citizens and win votes. While political parties in France make less use of social media than in the U.S. and other Western democracies, there is disagreement of how it will affect French democracy. But discussions of the promise and peril of social media’s role in elections may miss a higher-order issue: what limited evidence exists suggests that outreach via social media has little effect on voting behavior. By contrast, a series of studies show that face-to-face canvassing has a strong potential to mobilize and persuade voters. These findings give grounds for parties to increase their canvassing efforts, and for the government to enact policies that ease the way for citizens to participate in elections.