Grandes Écoles: Have they become more socially inclusive since the mid-2000s?

Grandes Écoles: Have they become more socially inclusive since the mid-2000s? 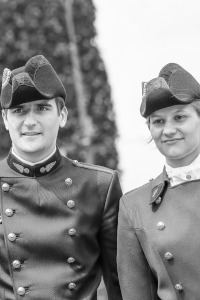 policy brief documents the evolution of recruitment for France’s Grandes Écoles since the mid-2000s, according to various characteristics: social composition, geographical origin of students, and gender distribution. Despite the “opening up” measures implemented by some Grandes Écoles in an attempt to diversify their student profiles, their recruitment base has remained very narrow and has hardly changed over the past 15 years. While enrollment has increased significantly in this period, these elite higher education institutions have remained almost entirely out of reach to students from disadvantaged social backgrounds, the share of students from outside the Paris region has not increased, and girls remain underrepresented. This persistent inequality of access to the Grandes Écoles is only partly explained by the differences in academic performance between the groups in question. It has its source upstream in the lack of diversity in the recruitment for preparatory classes and post-baccalaureate schools. The inability of measures implemented since the mid-2000s to initiate a democratization of the Grandes Écoles highlights the limits of the approach that has been favored up to now: a proliferation of local initiatives, with no real national coordination and very little evaluation. This failure invites us to rethink the levers that could be employed to diversify recruitment for selective courses and to encourage greater circulation of elites.