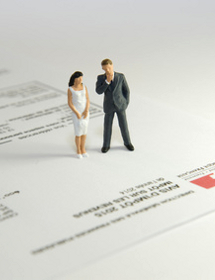 The tax and benefit system claims to be gender neutral. However, because men and women occupy different positions on the labor market and on the income distribution, among other features, reforms of the tax and benefit rules may affect them differently. Moreover, men and women often live in collective entities, such as households, and may pool their resources and redistribute them among each other, making it difficult to measure the actual amount of benefits received and of taxes paid by an individual in particular. Thus, not only are gender-impact assessments necessary to fight inequalities between men and women, but these analyses need to take into account the intrahousehold allocation of resources.

This report, as a part of the agreement with the French secrétariat d’Etat in charge of women’s rights, aims at suggesting a methodology for the gender-impact assessment of fiscal policies, and at applying this methodology to the analysis of several reforms assessing the effects on men and women of three measures of the 2015 Budget and Social security budget drafts. Indeed, assessing the effect of a tax or benefit reform on men and women is not straightforward, because of the income-pooling and sharing processes taking place within collective entities. In order to identify the effects of a tax or benefit on men and women separately, it is therefore necessary to make assumptions on the way these processes take place.

Applying this methodology to three reforms for 2015 – a reform of the income tax, a decrease in family benefits with respect to income, and a modification of CSG rates on replacement incomes (unemployment benefits and pensions) – indicates that all three reforms are expected to have had different effects on men and women. A rather more notable result put forth in this study is the fact that the income-pooling hypothesis made is crucial, as conclusions regarding the gendered effects of a reform may vary significantly with the assumption that is made.

Assessing the gender impact of tax and benefit reforms (in French)