Impact evaluation of social and educational programmes for disadvantaged students 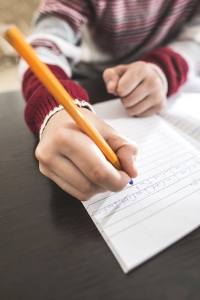 Study carried out in partnership with the DEPP and the CGET – see the project page.

The educational programs (Programmes de réussite éducative, PRE) established by France’s social cohesion act of 2005 are an ambitious policy to combat inequality of opportunity for the most disadvantaged children and adolescents. The aim is to provide children in key neighborhoods with an individualized education path based on a comprehensive approach to potential difficulties, in close cooperation with the family (social services and medical support, cultural and sports activities, workshops for self-expression, and various forms of educational support). The programs benefit more than 100,000 children.

The impact assessment presented in this report is based on two surveys held in around 100 schools (in autumn 2012 and spring 2014) among children aged 7-9, their parents, teachers, and PRE coordinators. To document the difficulties encountered by children and their families, and the effects of PRE on these difficulties, the questionnaires encompassed a large number of fields, providing multiple perspectives. Each child completed several questionnaires aimed at measuring their perceived quality of life, self-esteem and academic motivation, which complemented measures of cognitive skills assessed through math and French tests. Teachers had to evaluate each child’s school skills and attitude towards learning, and were questioned about the children’s family context. Parents were questioned about their relationship with the school and their child’s situation.
To measure the impact of PRE, we compare the evolution of 404 children benefiting from an education path (between fall 2012 and spring 2014) with that of 290 children who initially had comparable characteristics on the many dimensions measured but did not benefit from a path because their school was not linked to a PRE.

Children’s psychological well-being and behavior do not appear to be improved by PRE care, and other dimensions capturing relationships with others (social self-esteem, problems with other children) even deteriorate slightly for PRE children relative to children with similar characteristics. Academically, PRE children also experience slightly less favorable developments in some dimensions concerning motivation for school, but their objective math and French skills develop in a similar way to the other children we followed, and they are more assiduous. The parents of PRE pupils do not experience any specific evolution, either in their relationship with school or in their perception of access to health and social services. Ultimately, there is no evidence in our data to show that PRE has, on average, improved the cognitive and non-cognitive development of beneficiary children more than that of non-beneficiary children with comparable initial difficulties. However, we are not statistically able to distinguish potentially different effects in sub-populations of children.

To understand this result, it should be noted that PRE offers support to families, but relies heavily on common-law resources. However, the effects on children that we measure are ultimately the effects of the sum of the activities in which children were actually engaged. These are often sports activities, stays in recreation centers, educational support – in short, activities offered in the area by different actors, but which have not been developed specifically for this highly disadvantaged population, and which are not necessarily very intensive. Research has shown the long-term effects of programs in other countries that are comparable in philosophy, but are more expensive, start earlier, and which put together concrete solutions to which children are very intensively exposed. To be more effective in the face of the immense challenges presented by children in very difficult social situations, PREs should therefore perhaps have the means to deploy their own interventions much more often, and focus more on pre-school children.