Merging regions: What effects will the French perceive? 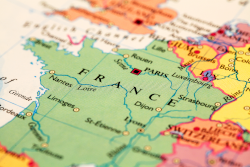 Merging regions: What effects will the French perceive?

To simplify France’s “territorial patchwork” and to achieve a sufficient regional size by European standards, a redrawing of regional boundaries was decided in 2015, involving the merger of the 22 former administrative regions of metropolitan France into 13 new regions. In force since January 1, 2016, this reorganization aimed to reduce inter-regional disparities by merging large or “absorbing” regions, from an administrative or economic point of view, with smaller or “absorbed” regions. At the same time, the responsibilities of the new regions were expanded by the NOTRé law. An analysis of comparative changes in well-being, as declared by the inhabitants of the different regions concerned, suggests that merging has not had a negative impact; in fact, in the short term, absorption appears to have had a positive impact. The effects obtained are particularly pronounced for those with more mobility on the labor market. At the macro level, the unemployment rate decreased more in the merged regions. These elements suggest that the size eect of the new regions may have favored a certain economic dynamism that more than compensated for the possible loss of a sense of regional belonging.