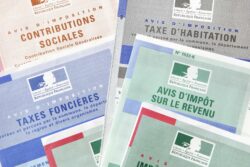 Numerous social spending and tax reforms were decided during the 2017–2022 French presidential term. On average, these measures improved households’ standard of living by 1.9%, essentially due to reductions in compulsory levies. However, this average effect masks strong heterogeneity according to the level of household income. Although these reforms led to an average increase in disposable income for all households classified by standard-of-living percentile, the gains were only 0.8% for the poorest 5%, compared with 3.3% for the wealthiest 1%. In line with the government’s objectives of encouraging work, the employed experienced an average gain of 2.6%, compared with 0.6% for pensioners and a loss of 1.1% for the unemployed. These effects are due to the switch of social security contributions to the CSG (contribution sociale généralisée), revaluation of the employment bonus (prime d’activité) and the reform of unemployment insurance. The larger gains for the highest incomes can be explained both by the transformation of the wealth tax (impôt de solidarité sur la fortune, ISF) into the tax on real estate assets (impôt sur la fortune immobilière, IFI) and by the introduction of the single flat-rate levy (prélèvement forfaitaire unique, PFU) on capital income. Within each standard-of-living percentile, there is a significant share of losers – 24% on average – despite positive average gains. The combination of increases in indirect taxation (tobacco and energy) with certain reductions in social benefits (housing) or their revaluation below inflation (especially for retirement pensions) has had a negative impact on the disposable income of certain households which have not necessarily benefited from the reductions in compulsory levies.