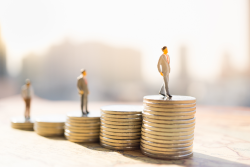 *Authors of the reference study

Questions linked to the design and implementation of redistributive tax policies have occupied a growing position on the public agenda over recent years. Moreover, the fiscal pressures brought upon by the current coronavirus crisis will ensure that these issues maintain considerable political significance for years to come. In light of this importance, we present novel research on reforms of income tax systems. Our approach shows that tax reforms wherein the changes in individual tax burdens are larger for taxpayers with higher incomes are of particular interest. We denote such reforms as “monotonic” and show that, under this condition, it is possible to determine the “winners” and “losers” of a given tax reform. One can then conclude whether the monotonic reform is politically feasible, depending on whether a majority of individuals will benefit financially from the policy. An empirical analysis of tax reforms with a focus on the United States and France reveals that past reforms have, by and large, been monotonic. Our approach therefore enables us to test whether a given tax system admits a politically feasible reform and has direct policy relevance for the common types of taxation reforms undertaken by government authorities.