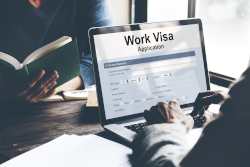 Summary: France experienced a sharp increase in labor shortages in the early 2000s. Between 2003 and 2007, the share of occupations with more job offers than qualified applicants doubled from 15% to 30%. To address these recruitment difficulties, which are concentrated in technical professions, the French government introduced a decree in 2008 to facilitate the hiring of non-European workers with relevant qualifications. This policy brief summarizes the lessons to be learned from the effects of this policy. The reform has allowed employers to hire more workers in the targeted professions and has increased the number of jobs filled. It has thus fulfilled its mission of reducing shortages. This has led to a fall in wages in these occupations, but this decline has affected foreign nationals much more than French employees. Firms that were previously constrained by shortages in these occupations have increased their size and turnover, but do not appear to have increased either their productivity or their level of capital investment. The effects on aggregate growth in the sector and employment zone were positive but short-lived, raising the question of what tools are needed to
sustain the benefits.

Acknowledgements: This study has received financial support from the Labor Chair hosted by the Paris School of Economics, and has benefitted from a government grant managed by the Agence Nationale de la Recherche under the “Investissement d’avenir program” with the reference ANR-10-EQPX-17 (Centre d’accès sécurisé aux données — CASD).