Discrimination in Hiring in France : findings and courses of action

“Discrimination in Hiring in France : findings and courses of action” 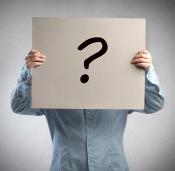 Among migrant populations, discrimination in hiring is a significant obstacle to entering the labour market, an important conduit to integration. This study compares the rate of success of CVs that are identical except for the names that were changed. The results show that with the same CV, an applicant with a migrant background receives 40 per cent fewer invitations to an interview than an applicant identified as a « native ». This discrimination does not appear for female applicants when a good command of the French language is obvious. These results open the way to new tools with which to counter discrimination, which consist of improving the available information about an applicant’s skills, such as, for example, a certificate of proficiency in French.