Should the ban on multiple mandates also apply to Senators?

“Should the ban on multiple mandates also apply to Senators?” 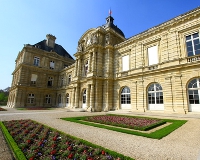 Senators have radically amended the law banning the simultaneous holding of parliamentary and local government functions: arguing for the principle that they have a particular right to be simultaneously elected at the local level, they voted up an amendment designed to reject the policy. This study shows, however, that the senators are little different from National Assembly deputies : there are no more of them with dual mandates and nor does their electoral survival depend more on keeping their local position. On the other hand, like deputies, senators who head a local collectivity participate much less in parliamentary activities than those who do not. Compared with the initial law completely banning multiple mandates, the effect of a prohibition targetting only the largest collectivities would be to limit the improvement of the participation of deputies and senators in the work of the parliament.