Gender discrimination in hiring: Lessons from a large-scale correspondence test 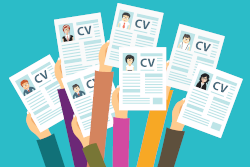 Gender discrimination in hiring: Lessons from a large-scale correspondence test

Inequalities between women and men are a striking feature of the labor market: They are reflected in lower participation and lower wages for women, who also have less upwardly mobile career paths. The role of the conditions of entry into employment in contributing to these occupational inequalities is still poorly understood. To gain a better understanding of gender discrimination in hiring, a large-scale experiment was carried out by sending fictitious CVs in response to several thousand job others in 11 different professions. These CVs differed only in the name of the applicant, to eliminate the effect of the quality of the applications on the chances of callback in the first phase of the recruitment process. Female and male applicants with a first name of French origin received the same overall response from employers: One third were called back, half did not receive a response, and the others were rejected. However, there were significant differences according to the level of qualification, with women being at a disadvantage in low-skilled occupations, while the opposite was true for
managerial roles. The inclusion of information on family status (presence of children, marital status) or indicating a period of inactivity on the CVs did not result in any significant difference in treatment between female and male applications.