Should European integration go further? A survey of French, German and Italian members of national parliaments 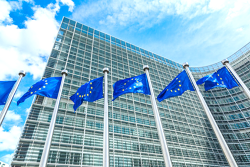 * Authors of the reference study

Should European integration go further? A survey of French, German and Italian members of national parliaments

The European economic union is incomplete, which makes it vulnerable to macroeconomic shocks. The opportunity to move forward in the integration process was highly debated even before the Covid-19 crisis.
Yet the diverging views among countries and political groups are often considered as an obstacle on the path to required agreements for completing the Economic and Monetary Union (EMU). We present the results of a survey conducted in 2018 among members of national parliaments (MPs) in France, Germany and Italy on European integration in policy fields related to risk-sharing and budgetary institutions, asking for their opinion on proposals such as the creation of a European Unemployment Insurance (EUI), Eurobonds, or an EU tax. We find that nationality and political groups are key determinants of support for such proposals, the latter being the strongest. We describe how opinions are divided and try to identify policy proposals which could gather enough political support. The agreement reached on July 21st, 2020 at the last European summit includes financial transfers between States and the creation of Eurobonds, thus representing an important institutional move and an application of some of the reforms suggested by our survey. Yet what has been decided upon is only temporary and leaves open the question of the future of European integration.