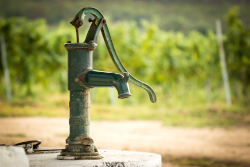 One of the most severe challenges facing Western economies is a structural lack of demand due to population aging. This results in a situation of secular stagnation, characterized by depressed inflation, weak economic growth, and under-employment. This has been the case in Japan for the past 25 years, and should not evolve in the near future. The Eurozone and, to a lesser extent, the U.S. have now been in a similar situation for over a decade. While monetary policy is ineffective, fiscal policy has the potential to prop up demand. This requires implementing a massive stimulus such as to temporarily “overheat” the economy to permanently escape the low inflation trap. As the pandemic comes to an end, many countries across the world are implementing fiscal stimulus packages of unprecedented magnitudes. This offers a unique opportunity to bring stagnation to an end. The recent stimulus measures announced and implemented in the US correspond to such a strategy. The Eurozone, by contrast, has no such plans.