Impact assessment of the 2008 reform of the research tax credit 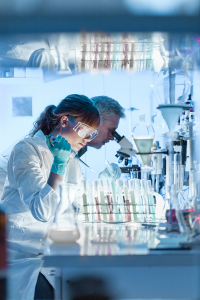 Main Funder: France Stratégie – Data access: Bpifrance – This report is also based on an IPP project conducted in partnership with the Banque de France.

The research tax credit (crédit impôt recherche, CIR) is today the main public support mechanism for investment in research and development in France. Given the stakes involved both for public finances and for growth potential, a rigorous evaluation of public policies for supporting innovation is essential.

This report contributes to these evaluations, which are still underdeveloped, by exploiting numerous sources of data: on company taxes, on the CIR, on direct innovation aid from Bpifrance, as well as an R&D survey by the French education ministry and the European Patent Office’s PATSTAT data. The matching of these data highlights the segmentation of the schemes according to groups of companies with different characteristics, but also the challenge of a low take-up of these innovation support schemes.

Our preferred identification strategy is based on the comparison of firms that used the CIR before the 2008 reform and firms that never used the CIR during the analysis period (2004-2011). Under the assumption that the evolution of R&D expenditure of these two groups of companies would have been parallel in the absence of the reform, we find that the reform had positive effects on R&D expenditure of approximately 15% to 18%, implying a tax credit multiplier of 1.3 to 1.5 – i.e. €1 of CIR leads to €1.3 to €1.5 of additional R&D spending – but with a confidence interval that does not rule out the effect being less than 1.

The effect on patent filings shows a positive and significant effect of approximately 5% on the probability of filing a patent, but no effect on the number of patents filed conditional on having filed a patent during the pre-reform analysis period. This effect of the 2008 reform on a measure of innovation makes it possible to make a judgment that is overall positive but nuanced, with a particularly limited effect given the effort in terms of public finances.