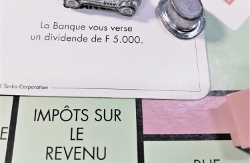 This policy brief is linked to the Rapport IPP n°25 “Évaluation d’impact de la fiscalité des dividendes“, and has been presented during the IPP conference on the french budget 2020 (see below)

The abolition of the flat-rate withholding tax (prélèvement forfaitaire libératoire – PFL) in 2013 and the introduction of the unique flat tax (prélèvement forfaitaire unique – PFU) in 2018 are two important – and contrary – capital income tax reforms. The first aimed to “restore tax justice” while the second aimed to “promote private investment”.

Using the tax data of households and companies, we evaluate the impact of the 2013 reform and present preliminary findings regarding the impact of the 2018 reform. We find raising capital income taxes to have a strong negative impact on dividends received by households, and no impact on other types of income (pay, capital gains and other capital income). Using company data, we identify the mechanism explaining this decrease in dividends received: companies directly controlled by natural persons residing in France reduced or stopped the distribution of dividends between 2013 and 2017. We observe an increase in the financial assets held by these companies, an increase in equity capital and a decrease in net result, but not effect on investment.

The implications of these findings are major: the 2013 reform led to a net loss in tax receipts but had no negative impact on investment. Based on data from commercial court registries, there was a 15.3% increase in dividends paid in 2018, attributable to the unique flat tax reform. This increase in the distribution of dividends, parallel to the decrease in 2013, will lead to greater tax receipts than initially anticipated. However, in light of the effects of the 2013 reform, it appears unlikely that this reform will have a positive effect on private investment.