Has finance become too expensive? An estimation of the unit cost of financial intermediation in Europe, 1951-2007

“Has finance become too expensive?

An estimation of the unit cost of financial intermediation in Europe, 1951-2007” 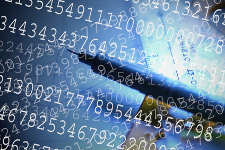 Finance played an increasing important role in European economies, growing from 2.3 per cent of GDP in 1951 to 8.2 per cent in 2007. But since the subprime mortgage crisis, the role and size of finance in our societies has been hotly debated. A key question in the debate is whether recent financial developments justify the accrued importance of finance in our economies and whether, as some propose, regulation should be aimed at reducing its importance. This study, financed by Finance Watch and led by Guillaume Bazot of the IPP, proposes a measure of the unit cost of the production of financial services over the long term in Europe, as a way of assessing the efficiency gains in financial services production. The results show that finance has become more “expensive” since the 1970s, just when deregulation was intended to make it more productive. The growth in intermediation costs between 1970 and 1990 can nevertheless be explained by macroeconomic and monetary conditions. By contrast, the increase in unit cost after 1990 coincides with the development of modern finance that gives a greater role to market activity.

Data used in the article and the Policy Brief n°10: base in Excel format and appendix in pdf

See the page dedicated to the project: “What evolution for the unit cost of financial intermediation in Europe?”