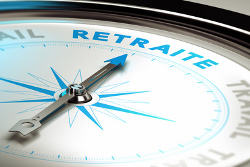 Motivation: The pensions of French local government workers and public hospital employees cost around € 15 billion annually. Given the volume of this public spending, it is crucial to better assess the evolution of pensions’ cost over time. This project aims at developing a dynamic microsimulation model of the system, in order to evaluate the impact of past or potential reforms.

Project: In partnership with CNRACL, which manages the pensions of government workers and public hospital employees, IPP analyzes the determinants of these agents’ career paths and of their retirement ages. The French civil servants’ careers are regulated by a set of complex rules (statutes overseeing promotions, index of wages etc.). An aim of this project is to better model the compensation policies in the public sector, as well as their impact on the agents’ pensions rights. Furthermore, the characteristics of the population require an in-depth analysis of its demography. More specifically, IPP analyses the determinants of childbearing within the population, in order to model them. For this project, researchers at IPP investigate the legislation and analyze sociodemographic data, as well as data on the agents’ careers and pensions.