Competition policy concerns all economic policies relating to the industrial sectors. Generally speaking, the aim of these policies is to organise the economic activity of each sector in ways that take into consideration the specificities of each market: natural monopolies, externalities, pricing practices and the like. The policies may take the form of mechanisms designed to enhance competition – for example, the deregulation of so-called network industries such as energy, telecommunications, railway transport and postal services. They may also take the form of measures aimed at securing the development of fair competition to the benefit of the consumer, such as merger controls, and preventing cartels and abuses by firms in dominant positions.

IPP Focus. The IPP is interested in the economic rationale of any public intervention in a given sector, its coherence with respect to existing regulations and the specificities of the industry concerned, and in assessing the means used to meet the goal. IPP researchers are particularly interested in network industries, the banking and insurance, large retail, e-commerce and cultural sectors. They also study the competitive bidding and auctioning mechanisms that are used in particular for allocating franchises or operating licenses. 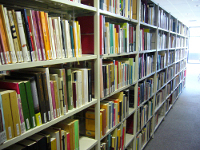 Motivation : What is the optimal embargo time for publication in humanities and social science? After how long would it be best to implement open access to publications (…) 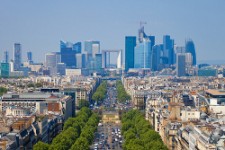 What evolution for the unit cost of financial intermediation in Europe?

How long before open access in French social sciences and humanities journals?

Peer-reviewed journals in social sciences and humanities in France: open access and diffusion

Has finance become too expensive?