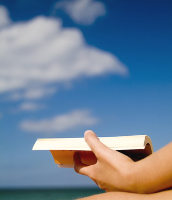 Motivation: In France, every year there are 120,000 students leaving second grade without knowing how to read. In order to tackle this problem, mostly prevalent amongst disadvantaged groups, public authorities have implemented several programmes throughout the school year. In this context, the NGO Agir pour l’école, along with the Institut des politiques publiques (IPP) has launched a summer course that aims to develop the phonological skills of students in kindergarten.

The programme started in 2012 in the District of Calais and consisted of six summer courses, each lasting three weeks. Students enrolled in the last year of kindergarten, experiencing difficulties at school were invited to participate in the programme, where they would receive additional schooling every morning from 9am to 12pm. The courses, provided by voluntary teachers, aimed to reinforce the skills that the children need to learn to read.

The project: The purpose of this project is to pilot this summer school programme and run a preliminary impact evaluation. The progress made by the participating students was compared to the progress made by the other students in their class. The comparison students were also identified as having difficulties at school, but their parents did not authorize them to participate in the programme. The progress made by the two groups was assessed before the summer course (in May 2012), and after the summer course (in September 2013). Researchers measured whether the students had acquired the necessary skills to learn to read, including their phonological skills and their knowledge of the alphabet. Researchers also assessed the student’s reading achievement through fluency tests at the end of first grade (May 2013).

Results: Given the small sample (132 students), the low statistical power, the differential attrition, and the weak external validity, the preliminary results should be interpreted with caution. On the short-run, the programme is estimated to have increased children’s reading scores by a significant 42% of a standard deviation (calculated using a global index of reading performance). The programme had a particularly strong impact on phonological skills (scores increased by 66% of a standard deviations) measured both through written and oral tests. Yet, assessment at the end of Grade 1 shows no significant long term treatment effect, possibly due to the lack of statistical power. Further investigations are required.