From one generation to the next : gender pension gaps in the private and public sector 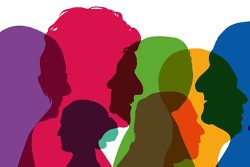 Motivation: Pension inequalities between men and women became an important issue in France. Women’s pensions are on average lower by 40% to men’s among private sector retirees. The gender pension gap is lower in the public sector, women’s pension reach 80 % of men’s. Beyond these differences in average pension, the analysis of the gap along the distribution enables to identify the determinants of inequalities and the role of public policies in the reduction of the gap

Project: This project aims to analyze gender inequalities along the pension distribution and to assess the contribution of the different pension components to these inequalities (survivor’s pension, reference wage, contribution years, pension minima, bonus for children). We will consider retirees both from the private sector and civils servants, distinguishing local government and central government pension schemes (respectively Caisse Nationale de Retraites des Agents des Collectivités Locales, CNRACL, and, Service des Retraites de l’Etat, SRE). We will particularly pay attention to the efficiency of public policies by assessing the contribution of pension minima to inequalities.

To do so, we will use different waves of Echantillon interrégime de retraités (EIR) data – an administrative dataset covering all mandatory French pension schemes – mainly waves 2008 and 2012. It enables us to distinguish birth cohort and age effects. Thus, we compare pension gaps between same-age men and women (i.e., at age 66) for different birth cohorts – the 1966 birth cohort is the last one we consider, she is almost completely retired in 2012. We highlight the factors playing a role in the observed variations in the gap composition. We will be able to see if the observed reduction in the average pension gap between men and women goes along with a reduction in the gaps at the bottom and at the top of the pension distribution.