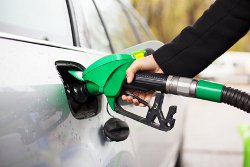 Motivation: The fuel taxation system is a key element of the French tax system for several reasons. First, the TICPE (tax on energetic products, whose fuel taxes belong to) represents the fourth largest tax revenues of the French State. Statistical studies also show that these indirect taxes are generally regressive which raises issues in terms of redistribution. Finally, in a context of fight against climate change, the fuel tax is a major tool to reduce carbon emissions.

Project: The first goal of this project is to model taxes applied to fuels as close as possible to the current legislation. The surveys “Budget des Familles” from the French institute of statistics (Insee) give information on the total expenses in fuel by households; from these data, we seek to find the initial quantities consumed for each type of fuel. The determination of the quantities is crucial for the second step of our work: thanks to our micro-simulation model we examine the impacts (carbon emissions, redistribution, State revenues, etc.) of different possible fiscal reforms with emphasize on carbon taxes applied to fuels.