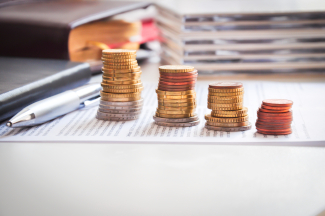 Motivation: The French housing benefits reform, entering into force on January 1st 2021, consists in making these transfers depend on income of the last twelve months, rather than income of the last but one year. This reform is operated in a context of tax and benefit system modernisation, aiming at reducing such gaps between the time of redistribution and the period of reference of resources. The recent reform implementing the income tax at source is another illustration of this context. In parallel of this reform of housing benefits, merging existing social transfers is of growing interest in the public debate (e.g. project of a “Revenu universel d’activité”, debate on the basic income). Such a merge brings to think about a unified measure of households’ resources to apply in a unique social transfer instrument.

The project: This project aims first at evaluating the housing benefit reform. Changing the reference period of households’ resources implies redistributive effects, depending on individual variations in income over time. This work will consist in building from exhaustive administrative sources a database containing all the necessary information for this evaluation, and in evaluating redistributive and budgetary effects of this reform. Second, this project aims at anticipating potential future reforms of social transfers merging, by evaluating a scenario unifying the income measurement between three instruments: the “Revenu de solidarité active”, the “prime d’activité” (the main French in-work benefit) and housing benefits.