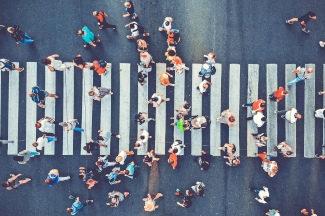 Motivation: During the last decades, in-work benefits have get a growing place in tax and benefit systems. These benefits, targeting the working population, aim at increasing financial incentives to work and at reducing poverty. Famous examples of these policies are the Earned Income Tax Credit (EITC) in the United States or the Working Tax Credit in the United-Kingdom. The French in-work benefit is the “prime d’activité”. This benefit was increased following the social movement of the “gilets jaunes”. The aim of this project is to evaluate the effects of this reform on participation in the labour market and on poverty.

The project: This project aims first at estimating the impact of the reform on individual trajectories on the labour market, by using exhaustive administrative sources and by comparing different groups of individuals with different values of the increase in the prime d’activité (depending on the spouse income, the number of children). Heterogeneous effects according to labour demand constraints will also be investigated. Second, this project will estimate the impact of the reform on poverty, after taking into account the estimated effects on behaviours in the labour market.