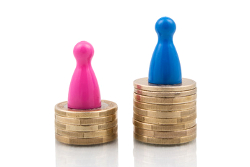 Motivation: Even though most of the taxes’ and benefits’ rules apply to men and women equally, we can expect some taxes or benefits to affect men and women differently, as their amounts are often calculated on the basis of various criteria (such as income, employment status, family situation) which differ between men and women. Moreover, as men and women are often part of larger entities such as households or fiscal households, how a particular tax or benefit will affect men and women specifically depends crucially on the way members of these entities pool their incomes and redistribute them among each other.

Although it has become compulsory in France to analyze the gender impact of fiscal and social policies, the gender impact assessment of each measure of the annual Budget draft does not appear to be effectively done and the analysis often states that the policy considered is gender neutral – precisely because it ignores the way resources are pooled and shared among households. The aim of this project is to suggest a methodology for the gender-impact assessment of fiscal policies, which takes into account this sharing of resources.

Project : The primary goal of this project is to suggest a methodology for the gender impact assessment of tax and benefit reforms. In order to assess the effect a tax or benefit reform has at the individual level, the first step is to distribute benefits and taxes, whether individual or collective, among people living in a same household. To do so, we suggest making different assumptions on the way members of a collective entity pool and share their resources, which then allows to calculate the impact on men and women of a tax or benefit reform, using a microsimulation model. This methodology is applied to several measures proposed in the Budget bill and Social security bill drafts for 2015. For each of these measures, results suggest that the gender-biased effects thus calculated depend strongly on the assumption that has been made concerning intra-household resource allocation.