How can social diversity in schools be increased?

Regularly cited as one of the reasons for the serious inequalities that recur in higher education and then later in the labour market, social segregation in secondary schools has been the object of several Institute for Public Policy studies whose aim is to show clearly the high degree of such segregation, to evaluate the effectiveness of reforms, and to propose alternatives to those currently in place. 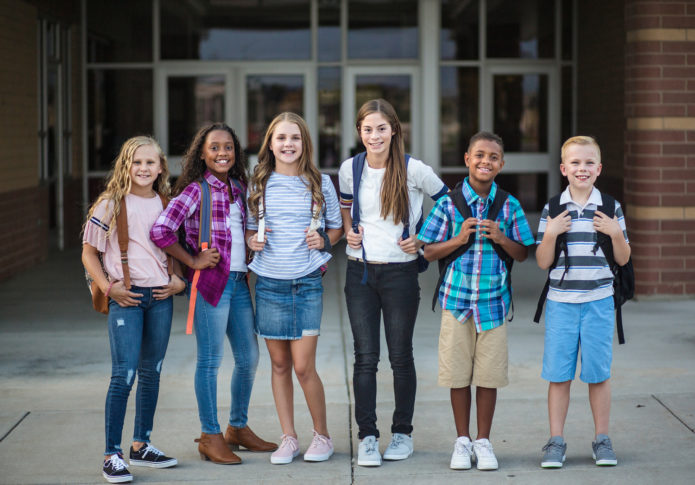 The high level of social segregation in the French schooling system is well documented by now. Several studies conducted by the IPP have revealed a high level of social segregation in secondary schools, a phenomenon that has been observed both among schools and within them, among their different classes. Thus, in the Île-de-France region in 2012, 50% of the most advantaged pupils are taught in schools where those from less advantaged backgrounds make up only 10 to 12% of the student population. The degree of social segregation is particularly striking in the Paris school district (l’académie Parisienne), where the middle schools have markedly different social compositions (see figure).

The social segregation observed in the secondary sector in part reflects residential segregation, since the allocation system for middle school is based on the school “map”, which assigns students to a school according to their place of residence. A promising alternative to this sectorisation is the use of regulated school-choice procedures. These centralised and automated procedures invite parents to formulate their preferences for where their children will be assigned, then the students are ranked according to criteria established in advance  (distance, disability, scholarship status, etc.) and, with the help of an algorithm, assigned to one of the schools on their list.

The easing of the school map system in 2007, which aimed to give families more liberty through derogations from the “one address, one school” rule, did not significantly change the social composition of high schools on the national scale, and actually help to reinforce the avoidance strategies of junior high schools in the “priority education” network.

The Affelnet school allocation procedure reduced social segregation in public highschools in Paris by more than one third.

Inspired by regulated school choice procedures adopted in several cities elsewhere, including Boston, Tel Aviv and New York City, the Affelnet scheme introduced in the Île-de-France in 2008 has promoted social diversity in the region’s public highschools. Work by IPP shows that the introduction of this new system, integrating a “bonus” for scholarship students, has been accompanied by a decrease of more than one third of the social segregation in the public general and technological highschool tracks. IPP is currently testing this promising alternative to sectorisation in partnership with the City of Paris, in three Paris sectors, in order to strengthen social diversity in the highschools involved. 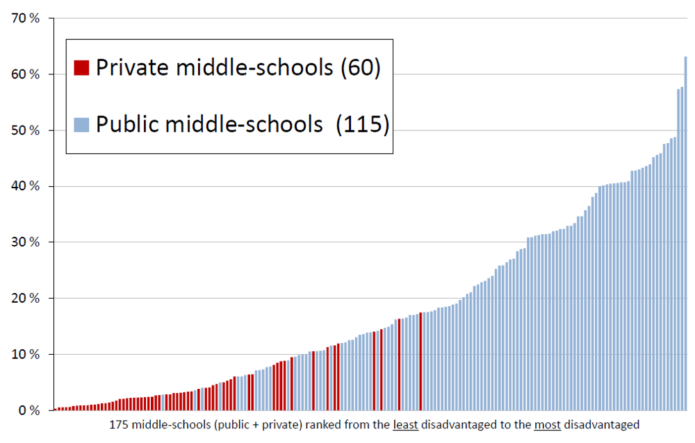 Note: The lowest proportion of disadvantaged students among Parisian middle schools is 0.3 %. 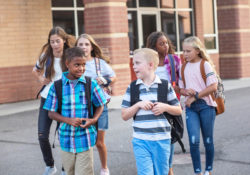 Multi-school catchment areas in Paris : What results after three years ? 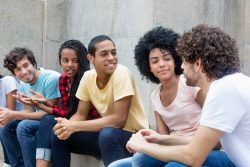 Social and academic mix in the Paris Region: the role of secondary schools

Can we increase the social and academic mix in the education system?